Sponsorship: $500 per table
Sponsor a table and receive prominent seating for 10 guests, and company logo on event program, welcome slide and Chamber website.

The baristas at a local coffee shops call him Mr. Tango, but that's because he is always talking about TangoTab and what the company is up to. Nick is a social entrepreneur, philanthropist, and a lover of life.

People say he is contagiously infected with enthusiasm and passion, because of all of the energy he is. At the end of the day Nick makes it a point to keep his faith first in everything he does.

Where he comes from...
Nick was born and raised in Garland, TX (right outside of Dallas) by his parents who are from New York City. Specifically, his mom is from Brooklyn and his dad is from Manhattan. The mix of parents from the northeast and growing up in the south, made for an exciting and interesting childhood. Throughout life, Nick wasn't raised with a silver spoon in his mouth, it was more so a wooden one.. but as Nick says, "He was fed well." There were hard times and there were great times, but at the end of the day, his parents instilled in him love, kindness and generosity.

Nick means business...
Named as a Top Texan Under 30 in 2016, Nick Marino Jr. is focused on making an everlasting impact in his community through the work that he does. Nick is the Director of Social Change at TangoTab, a company that is working to end hunger in America. TangoTab is a free mobile app that works with over 100,000 restaurants across the country. Every time an individual uses the TangoTab app, they earn reward points and TangoTab feeds a person in need, in their city. To date, TangoTab has fed over 1.85 million people in need. Through TangoTab, Nick has led the efforts to launch Feed The City and Farm The City events. Currently, there are over 10 events that happen a month around the country that produces enough meals to feed over 25,000 people.

On top of his work at TangoTab, Nick is the Chief Visionary Officer and founder of That's Just Good. With a focus of getting people to, LIVE WITH PURPOSE. That's Just Good is a platform that highlights individuals making a difference across the streets, states and seas. This also includes the creation of ‘Live With Purpose’ clothing line, which sparks people to perform a random act of kindness daily. 2017 will mark the year that Nick launches his first book and video series, both titled, Living With Purpose.

In 2010 Nick started the blog, The Revolving Mind. After leaving a career in corporate world, Nick transformed his blog into a business by creating Revolving Mind Media. In 2016 Nick and now business partner, Aaron Zack have turned Revolving Mind Media into a marketing powerhouse that works with professional athletes, local startups and national accounts to expand their brand through advertising and marketing.

Most important to Nick are his faith, family and friends. Nick loves paddle boarding, snow boarding, a cold Shiner, traveling, the Yankees, Raiders and Spurs.

It's a crazy life and Nick loves every second of it. He loves spending time with his family and friends, he loves sports (especially baseball which he also played in college), the taste of an ice cold Shiner, and any adventure that will give him an adrenaline rush (mainly outdoors).

His 3 favorite quotes...
Business Life: Don’t just think outside of the box; think as if there is no box at all.
Personal Life: Be better than yesterday.
Life in General: LIVE WITH PURPOSE

Should you wish to participate, the Committee will also accept donations of blankets and jackets for The Matthew 25:40 Project in the lobby on the morning of the event.

Because of facility requirements, we must charge the full registration amount for reservations not canceled two business days prior to the event. See our fee policy for additional details. LQ Financial is affiliated with AXA Advisors, part of a Fortune Global 500 company. We help business owners with their protection, tax strategies and succession planning. Our team is very focused on building a long-lasting relationship and designing a plan catered for your business. 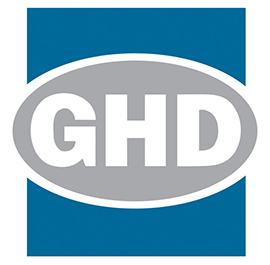 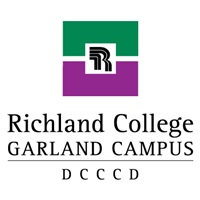